Cheese is the New Cool

But wait a moment: there was a digression in that first paragraph which to the purist might seem of a complicated kind.

Were I writing algebra (I wish I were) I could have analysed my thoughts by the use of square brackets, round brackets, twiddly brackets, and the rest, all properly set out in order so that a Common Fool could follow them.

But no such luck! I may not write of…

Ladies and gentlemen, I give to you the 24-hour cheese vending machine, for all your fondue and raclette needs. People of Switzerland, please come up to the stage and take a bow. pic.twitter.com/V8VSVESOzz

“What happens to the hole when the cheese is gone?” ― Bertolt Brecht

Monks at a remote monastery in northern Russia are launching the production of exquisite types of Italian cheese, it is reported.

One of the brethren has already been to Italy for training, and cheese-making equipment has been purchased, says Valaam, one of Russia’s most famous monasteries.

Monk Agapy spent a week in Italy, where local masters taught him to make such cheeses as mozzarella, caciotta, morlacco, smoked ricotta and bianca, Valaam says on its Facebook page.

A spokesman for the island monastery told the BBC that it expects production to start in December, using milk from cows at its own farm to make the cheeses. The initial plan is for them to be consumed at the monastery, but eventually Valaam hopes to produce up to 350 kg of cheese a week, at which point they will go on sale at less remote religious communities in Russia.

Valaam plays an important role in Russia’s religious life and is believed to be favoured by President Vladimir Putin. Italian cheeses are among the Western food imports that were banned by the Russian government in retaliation for economic sanctions against Moscow – over its actions in Ukraine.

Hey, why shouldn’t they be able to enjoy such cheeses?

And once the embargo is lifted, they’ll probably keep making their cheese, having started doing it.

The West’s loss is their gain!

Cheese is the New Cool 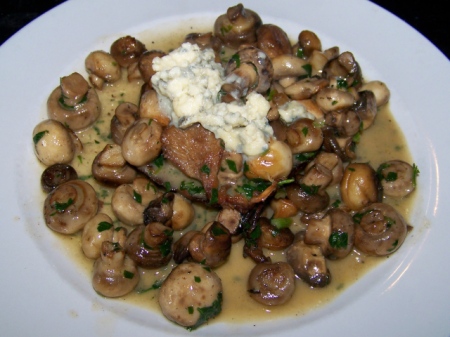 The Poet and the Cheese, by G.K. Chesterton

On Cheeses, by Hilaire Belloc